Run crash with all GPU's and success with less

I’m fine-tuning GPT2-small on the OpenWebText dataset in a distributed system (8 GPUs, 1 node), and facing a weird issue, where when I use all 8 of the GPU’s one of the processes sends a SIGTERM.
However, when I use less than all 8, 7 for example (doesn’t matter which seven) it doesn’t happen.

An illustration of how I’m running my code:

In the error below you can see it loads my huge dataset (which I already downloaded to a local directory) and start tokenizing it and stops after few steps.
How my Error looks like: 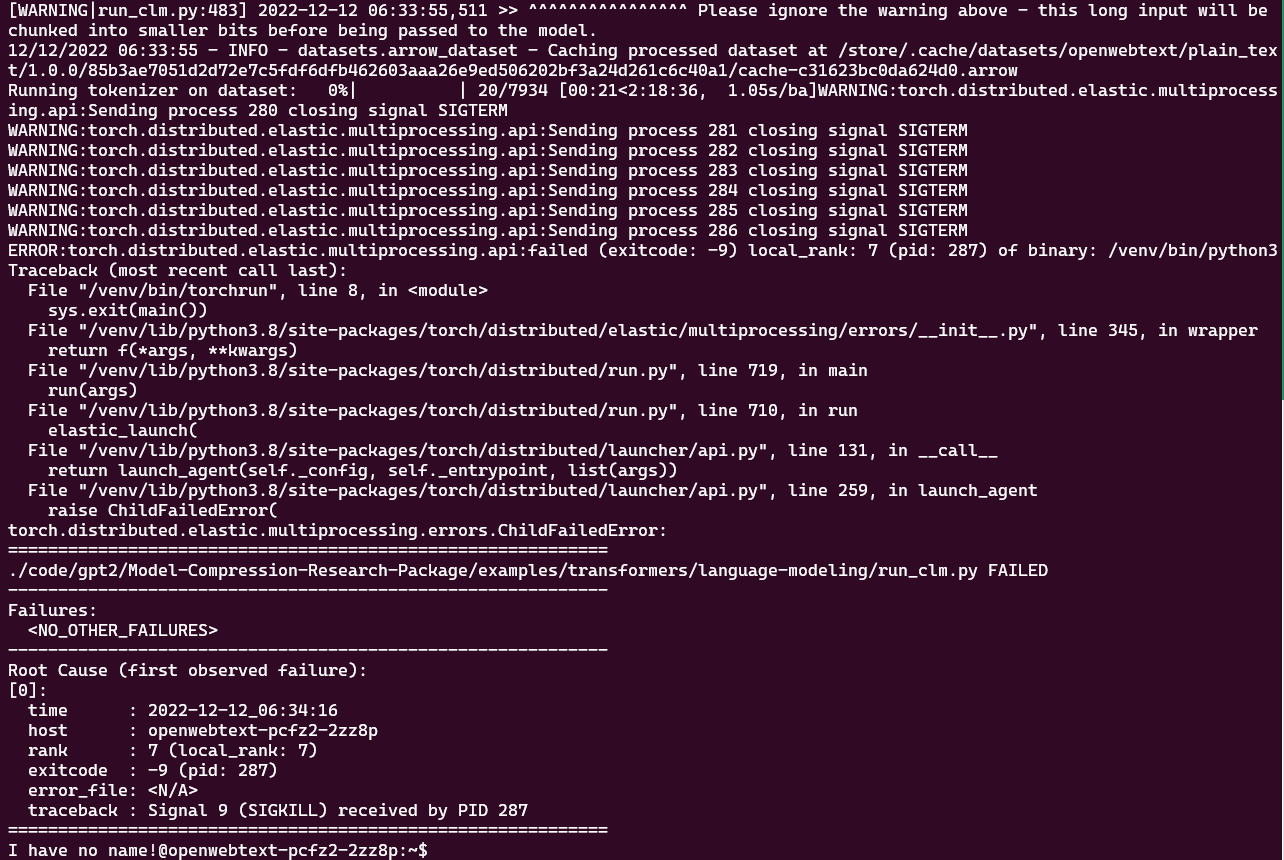 Hope anyone got clues on this weird issue,
and if it’s not the right place for it I can also open a discussion in the repo issues.

Thanks in advance guys